Phineas Gage is probably the most famous patient to have survived severe damage to the brain. He is also the first patient from whom we learned something about the relation between personality and the function of the front parts of the brain.

As the first newspaper account of the accident, that appearing in the Free Soil Union (Ludlow, Vermont) the day after the accident, and here reproduced as it appeared in the Boston Post, reported, Phineas Gage was the foreman of a railway construction gang working for the contractors preparing the bed for the Rutland and Burlington Rail Road near Cavendish, Vermont. On 13th. September 1848, an accidental explosion of a charge he had set blew his tamping iron through his head.

The tamping iron was 3 feet 7 inches long and weighed 13 1/2 pounds. It was 1 1/4 inches in diameter at one end (not circumference as in the newspaper report) and tapered over a distance of about 1-foot to a diameter of 1/4 inch at the other. The tamping iron went in point first under his left cheek bone and completely out through the top of his head, landing about 25 to 30 yards behind him. Phineas was knocked over but may not have lost consciousness even though most of the front part of the left side of his brain was destroyed. Dr. John Martyn Harlow, the young physician of Cavendish, treated him with such success that he returned home to Lebanon, New Hampshire 10 weeks later.

Some months after the accident, probably in about the middle of 1849, Phineas felt strong enough to resume work. But because his personality had changed so much, the contractors who had employed him would not give him his place again. Before the accident he had been their most capable and efficient foreman, one with a well-balanced mind, and who was looked on as a shrewd smart business man. He was now fitful, irreverent, and grossly profane, showing little deference for his fellows. He was also impatient and obstinate, yet capricious and vacillating, unable to settle on any of the plans he devised for future action. His friends said he was "No longer Gage."

As far as we know Phineas never worked at the level of a foreman again. According to Dr. Harlow, Phineas appeared at Barnum's Museum in New York, worked in the livery stable of the Dartmouth Inn (Hanover, NH), and drove coaches and cared for horses in Chile. In about 1859, after his health began to fail he went to San Francisco to live with his mother. After he regained his health he worked on a farm south of San Francisco. In February 1860, he began to have epileptic seizures and, as we know from the Funeral Director's and cemetery interment records, he died on 21st. May 1860 (not in 1861 as Harlow reported).

No studies of Phineas Gage's brain were made post mortem. Late in 1867 his body was exhumed, and his skull and the tamping iron sent to Dr. Harlow, then in Woburn (MA). Harlow reported his findings, including his estimate of the brain damage, in 1868. He then gave the skull and tamping iron to what became the Warren Museum of the Medical School of Harvard University where they were much studied. They are now on display at Harvard's Countway Library of Medicine.

Henry Jacob Bigelow, Professor of Surgery at Harvard University's Medical School, seems to be responsible for the inscription and the errors in it over the spelling of Phineas' first name and the date.

What I have summarised above is almost all of what Harlow tells us about Phineas Gage. Although it is almost all we know, the slightness of what he tells us has not prevented the attribution to Gage of all sorts of fabulous psychological characteristics and an equally fabulous post-accident history. Evidently most of those who have written about Gage have not read Harlow's 1868 report in which what little we know of Gage's last 11 1/2 years are set out. This is not surprising given that neither the Proceedings of the Massachusetts Medical Society nor Harlow's 1869 pamphlet version of his address are held in many of the world's libraries.

Most of the accounts of Gage's life after 1848 are strange mixtures of slight fact, considerable fancy, and downright fabrication. Harlow says, for example, that Phineas exhibited himself in the larger New England towns and was with Barnum's in New York for a time. These remarks are frequently elaborated into a Gage who drifts around aimlessly and is not interested in working or, if interested, is incapable of holding a job. During the same period, Phineas is often pictured as exhibiting himself, usually as a freak, in circuses or fairgrounds around the country. Part of this fancy comes from Barnum now most often being remembered as the proprietor of a circus rather than the owner of the New York Museum to which Harlow unmistakably refers. Similarly, these stories turn Gage into a fairground freak because it is in such places that freaks are or were once seen.

In fact, from early in 1851 until just before he died nine years later, Gage seems to have worked at the one occupation, although in two places: in Currier's livery stable and coach business for 1 1/2 years, and in Chile in a similar capacity for nearly seven more. There he clearly drove coaches, probably stage coaches. We know he was barely well enough to do a full day's work on his parent's farm until June of 1849, just well enough to travel to Boston in November of that year, and was still described in 1850 as failing in bodily powers. The maximum time he could have travelled around New England or been with Barnum's Museum would seem to have been about a year. We know nothing about the quality of his work for Currier or when he was in Chile, or to what extent he was able to support himself. This has not prevented the fabrication of employment histories somewhat at variance with one another: for example, in one he is totally aimless, in another he makes a lot of money from exhibiting himself but dies penniless in an institution.

Similarly, Gage's mother told Harlow that he used to make up stories of his adventures to entertain his small nephews and nieces. This fact, together with the attribution to him of behaviours actually shown by some of the 1930's radical resection patients, seems to be the basis for transforming Gage into an untruthful, short-tempered, psychopathic, braggart. What was written about some of the lobotomised patients is undeniably the source of the descriptions of Gage as careless or unreliable and slovenly in his personal habits, or as having less sexual drive but fewer inhibitions in talking about sex. Harlow mentions neither Gage's sexual behaviour nor his drinking; nor is any documentation provided by any of those who have written on the matters. The prize for these kinds of fabrications must surely be shared between those accounts that endow him with sexual activity and those that turn him into a drunkard who dies in careless dissipation.

With the exception of a very small stock of additional facts about Gage uncovered by Dr. Fred Barker and myself, little can be added to what Harlow told us. Now, what Harlow says may not be completely accurate, and it is clearly influenced by his medical and phrenological ideas, but it is virtually all that we have. The story Harlow tells is tragic enough. It does not need the modern undocumented and contradictory fabrications. 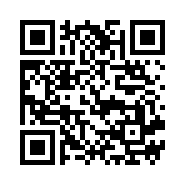