What is so-called "paradigm shift"?

Info found on the Wikipedia:
http://en.wikipedia.org/wiki/Paradigm_shift

Paradigm shift, sometimes known as extraordinary science or revolutionary science, is the term first used by Thomas Kuhn in his influential 1962 book The Structure of Scientific Revolutions to describe a change in basic assumptions within the ruling theory of science. It is in contrast to his idea of normal science.

It has since become widely applied to many other realms of human experience as well even though Kuhn himself restricted the use of the term to the hard sciences. According to Kuhn, "A paradigm is what members of a scientific community, and they alone, share.” (The Essential Tension, 1997). Unlike a normal scientist, Kuhn held, “a student in the humanities has constantly before him a number of competing and incommensurable solutions to these problems, solutions that he must ultimately examine for himself.” (The Structure of Scientific Revolutions). A scientist, however, once a paradigm shift is complete, is not allowed the luxury, for example, of positing the possibility that miasma causes the flu or that ether carries light in the same way that a critic in the Humanities can choose to adopt a 19th century theory of poetics, for instance, or select Marxism as an explanation of economic behaviour. Thus, paradigms, in the sense that Kuhn used them, do not exist in Humanities or social sciences. Nonetheless, the term has been adopted since the 1960s and applied in non-scientific contexts.


An epistemological paradigm shift was called a scientific revolution by epistemologist and historian of science Thomas Kuhn in his book The Structure of Scientific Revolutions.

A scientific revolution occurs, according to Kuhn, when scientists encounter anomalies which cannot be explained by the universally accepted paradigm within which scientific progress has thereto been made. The paradigm, in Kuhn's view, is not simply the current theory, but the entire worldview in which it exists, and all of the implications which come with it. There are anomalies for all paradigms, Kuhn maintained, that are brushed away as acceptable levels of error, or simply ignored and not dealt with (a principal argument Kuhn uses to reject Karl Popper's model of falsifiability as the key force involved in scientific change). Rather, according to Kuhn, anomalies have various levels of significance to the practitioners of science at the time. To put it in the context of early 20th century physics, some scientists found the problems with calculating Mercury's perihelion more troubling than the Michelson-Morley experiment results, and some the other way around. Kuhn's model of scientific change differs here, and in many places, from that of the logical positivists in that it puts an enhanced emphasis on the individual humans involved as scientists, rather than abstracting science into a purely logical or philosophical venture.

When enough significant anomalies have accrued against a current paradigm, the scientific discipline is thrown into a state of crisis, according to Kuhn. During this crisis, new ideas, perhaps ones previously discarded, are tried. Eventually a new paradigm is formed, which gains its own new followers, and an intellectual "battle" takes place between the followers of the new paradigm and the hold-outs of the old paradigm. Again, for early 20th century physics, the transition between the Maxwellian electromagnetic worldview and the Einsteinian Relativistic worldview was neither instantaneous nor calm, and instead involved a protracted set of "attacks," both with empirical data as well as rhetorical or philosophical arguments, by both sides, with the Einsteinian theory winning out in the long-run. Again, the weighing of evidence and importance of new data was fit through the human sieve: some scientists found the simplicity of Einstein's equations to be most compelling, while some found them more complicated than the notion of Maxwell's aether which they banished. Some found Eddington's photographs of light bending around the sun to be compelling, some questioned their accuracy and meaning. Sometimes the convincing force is just time itself and the human toll it takes, Kuhn said, using a quote from Max Planck: "a new scientific truth does not triumph by convincing its opponents and making them see the light, but rather because its opponents eventually die, and a new generation grows up that is familiar with it."

After a given discipline has changed from one paradigm to another, this is called, in Kuhn's terminology, a scientific revolution or a paradigm shift. It is often this final conclusion, the result of the long process, that is meant when the term paradigm shift is used colloquially: simply the (often radical) change of worldview, without reference to the specificities of Kuhn's historical argument. 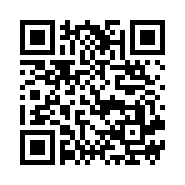