I'll buy you dinner if I get qualified. Thank you lalalala~!!


內政部長提出「犯罪零成長」的目標，連續一個月每天早上進行治安數據簡報，最後交出整體刑案比去年減少四千多件，破獲率提升一成的成績單。對於這張成績單，朝野多半嗤之以鼻；認為還是老調重彈，這是全體警察吃案的結果。
Minister of Interior has launched the goal of “none criminal growth.” After a month of having meeting briefing public security statistic, the result is that comparing to the data of last year, the entire criminal cases has been 4000 cases reduced. Meanwhile the rate of case breaking has been 10% rising. However, both the ruling party and the opposition have turned their nose up to the result. They thought it’s just a result of the old story in which the police has covered the crime.

The government keeps revising the laws to condemn the aberrations, (ex. Drunk-driving) but neglect other criminal affairs like gambling. Under this condition, the rising of criminal rate seems to be consequential, not accidental. The public survey shows that people attribute the coming up of crime to factors like politics, economics, society, and education. Less than 10% of people consider it something to do with the police. Still more, according to the law of criminal prosecution, the main investigative authority goes to the prosecutors, not the police. It distortedly stands for no reason that the police are responsible for the public security without convictive accountability. It seems that we should blame the police no more for the security disorder. 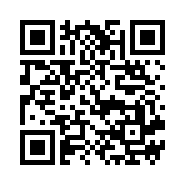